第二部分分析Michael Jackson本命盘的地位。Rank of Fame包含了社会地位、名望、以及生活质量、幸运程度等方面。Ben对得出的结论列出了非常详细的分析依据。 < Michael Jackson “Rank of Fame” Delineation >
Rank of fame deals with the native’s reputation and the actual level of social contribution and power/influence he or she operates at. So it is a kind if mixture of what other people think, along with the real actions and influence that affect (and effect) reputation. The sun is used as a natural significator of fame, along with the MC, plus some other considerations such the “slavery” considerations: e.g., how powerful the malefics are versus the benefics and luminaries. In medi astrology, people with malefics more pronounced tend to have a lower quality of life, encounter more difficulties and struggle – which clearly affects one’s rank of fame. Below I also use profections, firdaria, and primary directions to determine times of fame and increased reputation. N.B.: I did some quick research on the internet to find dates of album releases and so on, since those are obvious signs of fame. But I often found that different websites have conflicting dates (or even the year!) of some releases. And Sony leaves out a number of things I had to find elsewhere. If anyone else knows of events that match the dates below, I’d be grateful (I really don’t feel like reading his whole autobiography!) 上面是对Rank of Fame分析的说明，包括对本命分析涉及的领域，以及个人发展的后天运。 Sun
Angular, unafflicted, but in 4th house below horizon. Fame is indicated.
Sextile Jupiter: the native is known as generous, expansive, philosophical, native often exaggerates.
Dispositor Mercury: in the 4th, conjunct Sun. Fame on account of his family. 10th
Planets in the 10th: Moon. Angular; afflicted by Saturn. Planets aspecting the MC: Venus opposes by 1.33, Mars squares by 3.15, Saturn sextiles by 0.16. Rulers of MC:
－Saturn. Angular, triplicity, trine Mercury, square Moon, trine Venus.
－ Mercury. Angular, retrograde, sunbeams, afflicted by Mars.
－Jupiter. Succeedent, unafflicted, Almuten MC: Saturn. Native is known for actions that are:
Saturn (strongest, most testimonies): involve difficult partnerships and contentions with enemies; hard work, discipline, suspicion.
Also Venereal activities (she is the primary professional significator) and self-destructive actions, afflictions by enemies. Slavery:
Luminaries angular; benefics angular/succeedent.
Malefics are elevated above sun, and one is angular; Moon is afflicted by Saturn; Mars in 12th. 上面是对地位、名望的分析，以太阳、10宫、中天的主宰星为主，考察那些与之形成相位的行星、宫内星、定位星等。这里对Rulers of MC和Almuten MC有些不解，按古典占星传统，Almuten MC应是正解，不过在这个案例里，两者都同属一颗行星，所以不影响论断结论。这里，对Slavery（下属）的分析很简单，也没有写出直接的结论，貌似分析依据是以发光星体宫位的强弱和吉星/凶星的对比力量为着眼点，作者没有提到对6宫的使用。
Liber Hermetis:
Moon applies to both malefics. Native’s fame (and reputation, in 10th) turns difficult and afflicted. Firmicus: none. Native is not at the greatest heights of service, but is not held down and it looks as though he achieves a high level. Look for things to turn downward as time goes on, with difficulties and afflictions. Doryphory
Mercury is oriental and aspects the Sun. Saturn is occidental and aspects the Moon. Their almutens are Jupiter and the Sun: each is strong, unafflicted. This adds more fame, honor, entertainment, pleasure that the native is known for. 5 planets are angular and 4 aspect the angles; Moon is afflicted. The native has a fairly strong social functioning. Liber Hermetis、Firmicus、Doryphory是三位著名的占星家，这三个人不是同时代的人，代表了不同的时代，所以各自的方法不同。Ben同时列出了三个分析依据，可谓是非常细致。 When Firdaria of the Sun:
As chief firdar ruler: Aug 2002 – Aug 2012: not sure; just began. As sub-firdar ruler:
Oct 1963 – Feb 1965 (age 5-6): Jackson 5 comes to fame.
May 72 – Dec 73 (age 13-16): Jackson 5 records series of hit singles.
Feb 82 – Oct 83 (age 23-25): Thriller released, huge international star.
Aug 91 – Aug 92 (age 33-34): Dangerous released; he starts an international relief foundation.
Jul 2019 – Aug 2020 (age 61-62):
Dec 2029 – Oct 2031 (age 71-73):
Profection of the 10th to itself:
Age 24 (1982): Thriller released; huge international star.
Age 36 (1994): Highly publicized marriage to Lisa Marie Presley; first scandal over boy erupts.
Age 48 (2006):
Age 60 (2018): Primary directions:
Sun to sextile Jupiter (as benefic and playing part in the doryphory): June 1965 (age 7): Not sure.
ASC to square Sun: Sept 1965 (age 7): not sure.
ASC to sextile Sun (converse): Sept 1981 (age 23): not sure.
MC to conjunct Moon (planet in 10th): Mar 1984 (age 25): not sure.
ASC to trine Sun: May 1988 (age 29): not sure.
Sun to square Jupiter: Nov 97 (age 39): unsure; Blood on the Dance Floor released in November.
MC to trine Sun: Jan 2003 (age 44): unsure.
Sun to conjunct Jupiter (converse): June 2010 (age 51)
Sun to oppose Moon (planet in 10th): June 2010 (age 51) I don’t have information on his locations during solar returns, or else benefics in the 10th during a solar return are supposed to show fame for that year. The native will eventually suffer on account of enemies and poor relationships (Saturn angular, sextile MC and opposing ASC); but the native’s fame/reputation will generally remain strong. 上面是推运分析，Ben用了三个推运法：Firdaria是中世纪常用的推运法，推的是时主大运；Profection被称为小限，在希腊时期已经普及使用，一直流传到中世纪晚期下来，直到近代才被逐渐淡忘；Primary directions是现今人们所说的主限法，用来推精确的时点，一直沿用至今。对于这三个推运法，我个人对Profection有偏好。
Summary: Native will achieve fame on account of his family, and will be known as being generous, philosophical, and as an exaggerator [could this be extravagance and excess, esp. because of the 5th house location of Jupiter? He has been criticized for his exaggerated sense of self]. He will be known for actions involving difficult partnerships and contentions with enemies, hard work, suspicion, along with self-destructive actions and afflictions by enemies. (He will also be known because of his professional activities, which are related to arts, music, entertainment – see professional delineation in later installment). As time passes the native’s reputation will become more difficult and afflicted, but generally speaking his fame remains strong, and he will probably achieve a rather high level of fame, with important social functioning. As for periods when fame is achieved, see above. But note: Thriller came out and brought great fame during the period of the firdar of the Sun and Jupiter (Feb 82 – Oct 83) and the profection of the 10th to itself (Aug 82-83). The Sun is the natural significator of fame, but Jupiter sextiles him and shares in the doryphory rulership, so this would make sense. From Oct 2009 – Mar 2011, his firdaria rulers are again the Sun and Jupiter, and the converse direction of the Sun to Jupiter takes place in roughly June 2010, as does the Sun directed to oppose the Moon. His life (ASC) and actions (MC) should be ruled by their third triplicity ruler Jupiter by that time, so I would expect this period, especially 2010, to be a time of increased fame, social functioning and happiness. See above for other matches between predictive techniques and life events. 上面是第二部分分析的小结内容。下一部分分析的是Michael Jackson的职业和特长。 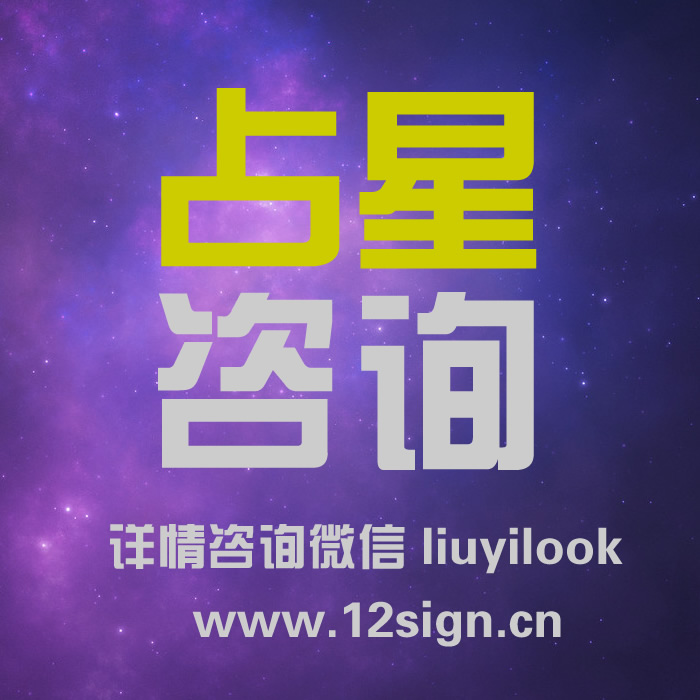 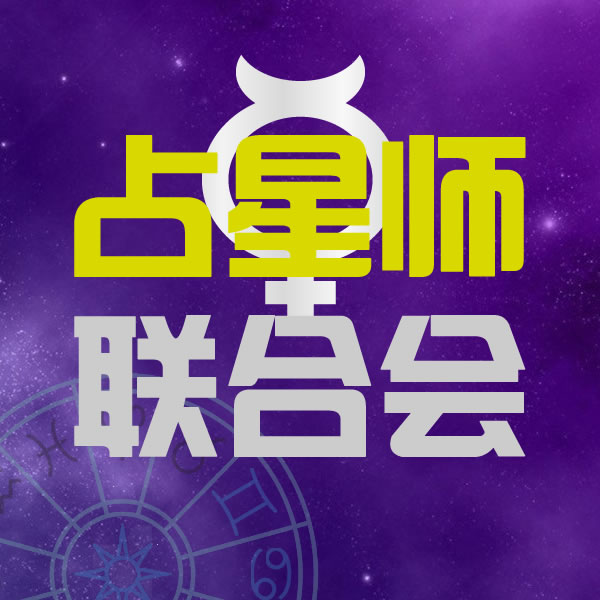 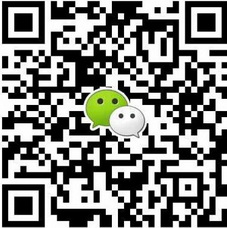 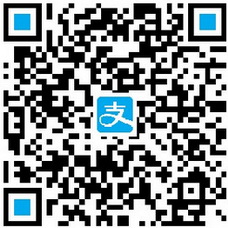 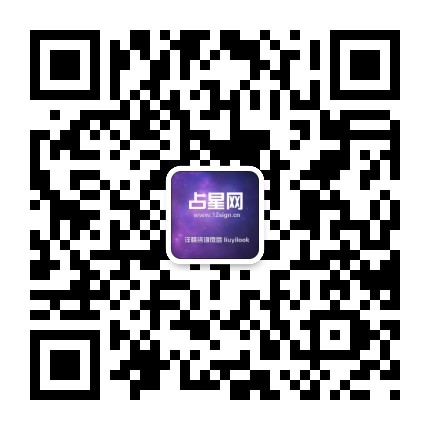